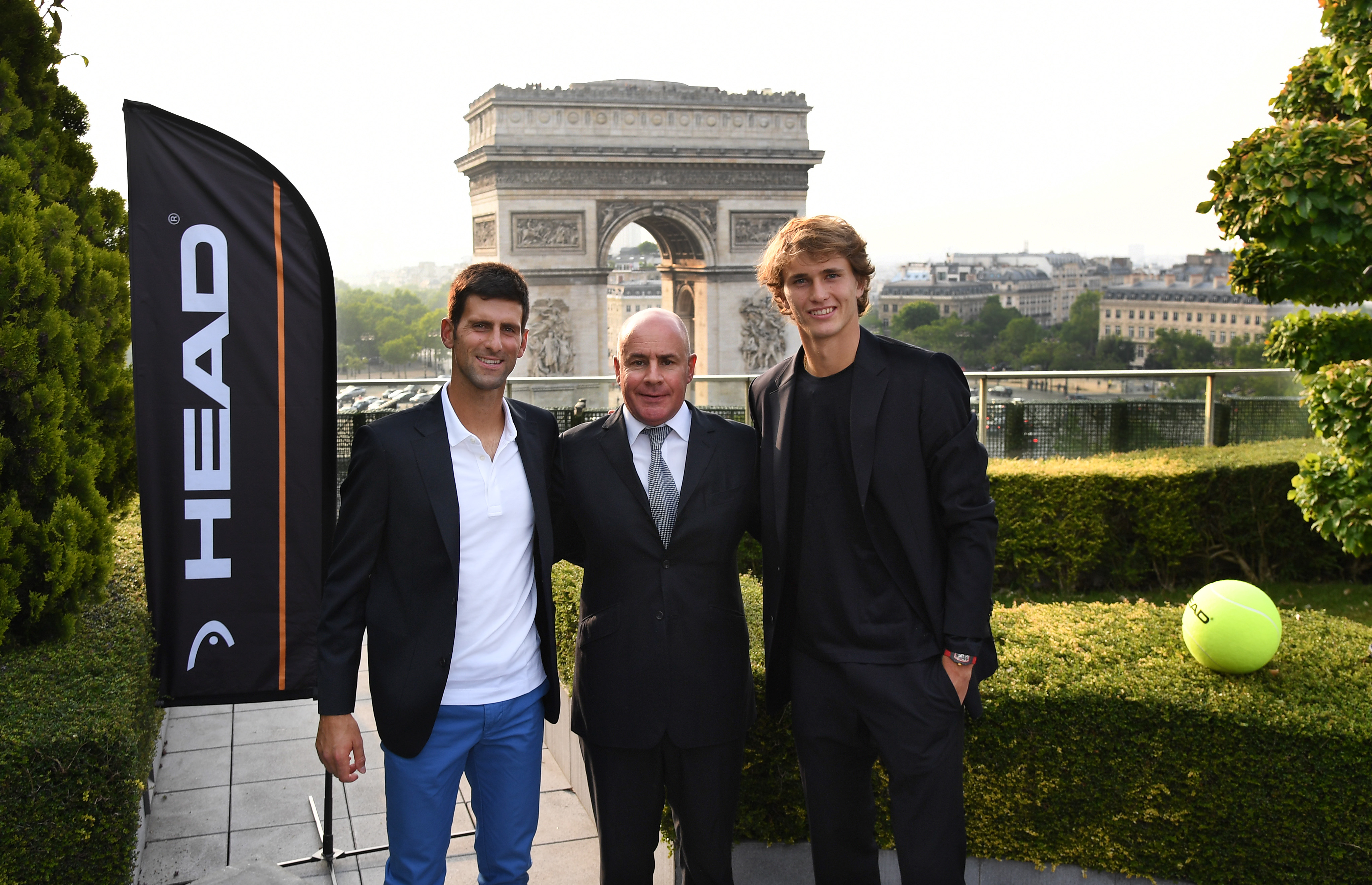 HEAD, the global racquet sports specialist has signed new long-term contracts with Novak Djokovic and Alexander Zverev.  This extends the successful relationship with two of its signature athletes and underlines the brand’s strong commitment to professional athletics. “Novak and Alexander work extremely hard to reach their ambitious goals,” says HEAD CEO Johan Eliasch, “and so do we to provide the tools for them to reach those goals. But it is a mutually very beneficial process: they give us invaluable input when we develop new products and their professionalism on and off the court makes them perfect role models for the next generation of young tennis players. Extending the partnership is great news for HEAD.” Both players endorse the prestigious SPEED series of performance tennis racquets.

The partnership between Novak Djokovic (31) and Head goes back to 2001 and he began endorsing the Speed series in 2009. Throughout his career, Djokovic has won an impressive 68 ATP singles tournaments, including 12 Grand Slam titles and 30 ATP Masters Series 1000 titles. Coming back from a difficult elbow injury, Djokovic is arriving at the French Open with promising wins at the ATP 1000 tournaments in Madrid and Rome. When he last won the tournament at Roland Garros, in 2016, it completed his first career Grand Slam.

Sascha Zverev (21) is also intimately tied to the Head brand – a relationship that goes back to Zverev’s first attempts at playing tennis as a five-year old. Like Djokovic, Zverev regularly meets with Head product developers to support them in the development of new, innovative racquets, strings, and accessories. After tournament victories in Madrid and Munich earlier this year, Zverev is one of the hottest contenders for a Grand Slam title in the 2018 season. At just 21 years old, he has already collected an impressive eight ATP singles titles and currently holds the #3 ATP Ranking, making him the youngest player to hold that ranking since: Novak Djokovic.